Why Nandigram Waits with Bated Breath for Bhabanipur Result 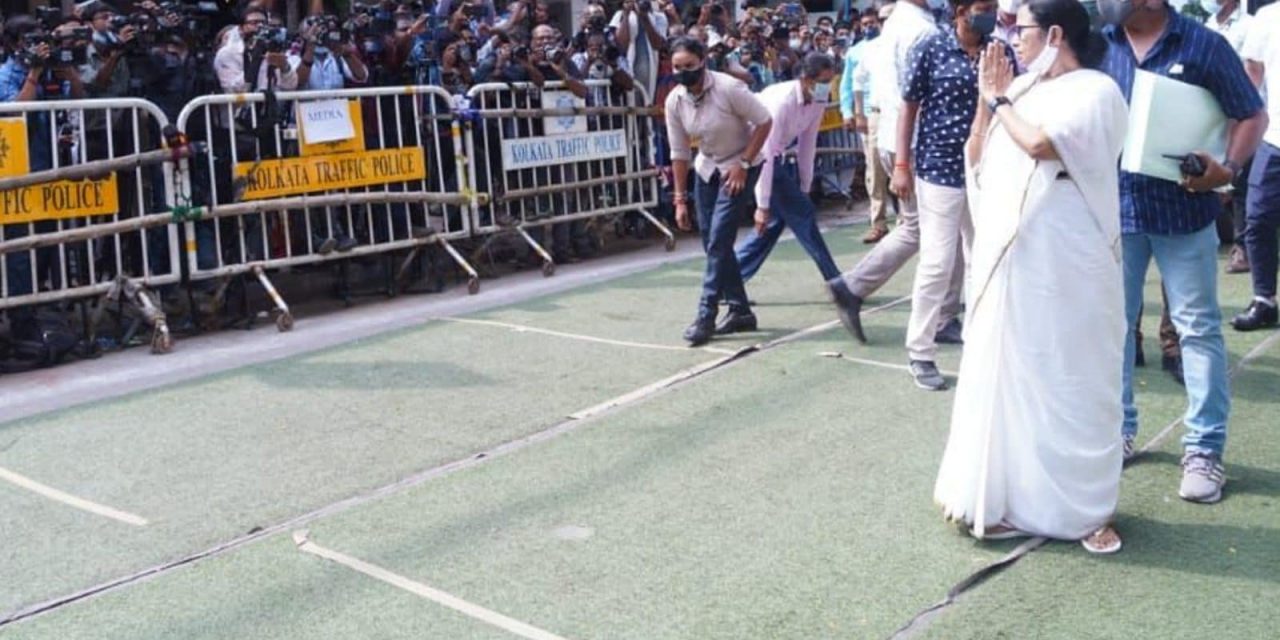 The big battle in West Bengal is in Bhabanipur but its root lies 130 km away, in Nandigram. This is where Chief Minister Mamata Banerjee lost four months ago and has led to she returning to her home seat, Bhabanipur, to contest a by-poll in her bid to remain CM.

What does Nandigram think of this high-voltage battle for the CM in Bhabanipur, after defeating the CM by just 1,956 votes? News18 travelled to Nandigram to find out and to our surprise, the feel of the elections do not seem to have left Nandigram even now. Entering the constituency via Chandipur, the BJP and TMC banners are still very much up there, welcoming commuters from the various roads.

A local tea show owner in the Nandigram admits that the tension is still there in the air. “A lot of people are changing sides now. We are poor people and don’t know what will happen to us. Will we get development or not?”, the man asks, too wary of being identified. This dilemma was there amongst others too. In most tea shops and local “addas”, the topic of discussion is the Bhabanipur poll. People are debating the victory margin in Bhabanipur by-poll and some wondering if an upset is in order again.

At the MLA help centre created by Suvendu Adhikari in Nandigram, his office workers say they do not see the party colour while helping people here. “Whoever comes from whatever party, our MLA helps. We do it for all. TMC is now trying to take away our workers but we are fighting,” they say. This office is visited daily by BJP’s East Medinipur District Vice President Pralay Pal, whose phone recording BJP had shown during the polls to say CM had asked help from him during polls. News18 spoke to him.

“They have broken my hand on 16th August Khela Hobe Dibash. This is what they are doing , I can’t go out to work because they will try to trap me in any case . We have won and we will fight our battle. Suvendu Adhikari is our leader. They are creating pressure on us but we will not succumb. Bhabanipur we will give her (the CM) a befitting fight. Nandigram will be repeated there too,” Pralay says.

At Birulia Bazar, where Banerjee got injured on March 10 and led to her poll campaign on a wheel-chair, the post where her car was standing on that day is now wrapped by TMC flag from every side. The sweet shop owner who gave ice to Mamata that day says: “Party people have done this wrapping of their flag. I still feel bad the way she got hurt here. We feel bad. If she should have been our MLA then we would have got more benefit . We are small people but we hope in Bhabanipur she wins by the highest margin.”

Another man named Pulin Dolui passing the spot says: “We feel very sad. We even after getting an opportunity could not have didi as our MLA. We are sorry and we are now looking into Bhabanipur and we know she will break all margin.” Most of the people in Birulia Bazar who spoke to News18 said they they feel bad that they did not got Mamata as their MLA. Local journalists point out that a lot of such people were seen in BJP rallies during the polls.

So has the Bengal result changed their mindset? To be fair, some people said they were not interested to comment on politics and no change would come whoever is the MLA.

Heading towards the TMC party office at Barachira High School, our car had to stop given a huge crowd seen of “Duare Sarkar”, the TMC government camp for providing scheme benefits. Most here say it was a conspiracy that the CM lost from Nandigram. “She is there, see we all are taking benefit . It’s our bad luck that we did not get her here. We wish her good luck in Bhabanipur,” people say.

This seems a stark difference from the poll days when one could see BJP support affront amongst people. Is this change because of TMC’s thumping majority? At the TMC party office in Nandigram block 2, TMCs Mahadev Bag who was in election charge says: “I have done havan here and prayed to God that the CM should win with her biggest margin from Bhabanipur. I can’t show my face to anyone till that happens.” Sheik Sufian, the CM’s Chief Election agent in Nandigram too said: “It’s our shame, but we are sure Bhabanipur will take the revenge. They have used money and muscle power. They have used EC. Moreover we know that there was tampering in VVPAT.”

In the school area of Bayal booth number 7 where Mamata sat on the polling day for more than two hours, people are reluctant to speak out and the school is closed. Manik Ali Shah Bayal, a TMC leader argued that the CM sat there as forces were not allowing TMCs polling agent. “They tried everything here, we are unlucky and we hope Bhabanipur will get back didi again and give an answer,” Payal says.

Rabin Manna, a TMC worker lost his life in the polls here and his family is crest-fallen. His father Manoranjan Manna said he hopes for justice for his son and prays that the CM wins her election. The CID and CBI both are investigating cases in Nandigram. The CID investigating Rabin Manna case and Birulia Mamata injury case. CBI is investigating post poll violence case of one murder of Debasish Maity and another alleged rape case. Both sides feel that they will be harassed by the respective agencies.

One thing is clear. Nandigram too is waiting for Bhabanipur. The by-poll verdict may give Nandigram some solace, if one goes by the TMC. On the other hand, BJP feels that Priyanka Tiberwal will be a giant killer like Suvendu Adhikari and that’s why in Bhabanipur election, Suvendu Adhikari is playing an important role. It will be people’s mandate ultimately, but obviously Bhabanipur result will have its ramifications in Nandigram as well. 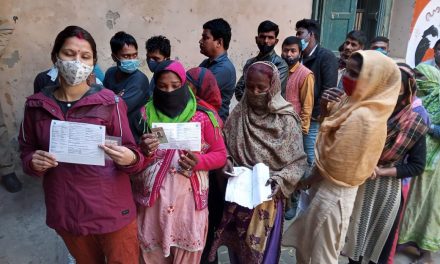