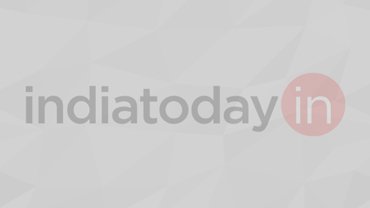 One of the dominant themes of Mamata Banerjee’s assembly election campaign was the idea of an inclusive West Bengal that had something to offer to all its citizens, cutting across religion, caste, gender and social status. Public endorsement of it came as her party, the Trinamool Congress (TMC), won the election with a handsome 213 of the total 294 seats. ‘Inclusive Bengal’ now finds reflection in Mamata’s 43-member cabinet that took the oath of office on May 10. The team consists of nine women, seven Muslims, eight SC/ST MLAs and professionals from diverse fields—an actor, a cricketer, a theatre personality, a singer and two doctors. In all, there are 15 new faces.

Of the eight SC/ST ministers, four are from Bankura, Purulia, Jhargram and West Midnapore districts. In the 2019 general election, these areas had voted in favour of the BJP, which won five of the six Lok Sabha seats in these four districts. In terms of legislative assembly strength, this should have meant 32 seats for the saffron party. In this election, the TMC breached the BJP turf, winning 26 of the 40 seats in these districts. The BJP’s attempts at Hindu consolidation did not pay off. Tribal voters felt the BJP’s aggressive Hindutva campaign threatened to overrun their own sacred altars of worship. Adivasi boys—with saffron uttariya around their necks and red tilak on foreheads— campaigning for the BJP did not go down well with the tribal people.

Recognising the contribution of STs, especially adivasi women, in her victory, Mamata has given cabinet berths to three ‘daughters of the soil’ from the remote villages of Jhargram, Bankura and Purulia—Santhali film star and Jhargram MLA Birbaha Hansda, Jyotsna Mandi and Sandhya Rani Tudu.

Hansda has been appointed junior minister of forests. This seems an appropriate assignment as she represents the tribal people of Jangalmahal who depend heavily on forest land and produce for their daily needs. Hansda is the daughter of tribal politicians Naren Hansda and Chunibala Hansda. The Santhali panchi sari she wore for the oath-taking ceremony at Raj Bhawan was an assertion of her tribal identity, culture and customs.

Jyotsna Mandi, who represents the Ranibandh seat in Bankura district and has been appointed junior minister for food and supplies, elaborated on why she thinks women voters had braved the summer heat and the pandemic to queue up at polling booths and vote for the TMC. “The women in our area say they are indebted [to Mamata] for ensuring that their families are well fed and looked after. They talk of the [free] ration, bicycles for their [schoolgoing] daughters and the [election] promise of a monthly stipend(Rs 500-1,000) for women,” said Mandi. Topping her priorities are containing the spread of Covid in her constituency and ramping up the Khatra sub-divisional hospital so that patients do not have to travel to the Bankura district hospital some 50 km away.

In her post-victory speeches, Mamata has repeatedly thanked Bengal’s women as well as Muslims for re-electing her. Among the key Muslim faces in the cabinet is Siddiqullah Chowdhury, who retains the mass education extension and library services portfolio. Chowdhury says Mamata has kept her word on seven cabinet berths for Muslims.

Sabina Yeasmin, who had defected to the TMC from the Congress in 2018, has been made minister of state (MoS) for irrigation & waterways and North Bengal development. It is seen as a recognition of her efforts to help the TMC bag eight of the 12 seats in Malda, once a bastion of the Congress and its heavyweight A.B.A Ghani Khan Choudhury.

Former IPS officer Humayun Kabir, who defeated another former IPS officer, Bharati Ghosh of the BJP, has been made MoS (independent charge) for technical education, training and skill development.

Two ministers have been picked from the erstwhile Congress stronghold of Murshidabad, where the TMC bagged 18 of 20 seats. For the first time, Mamata has appointed a full-time minister, Md Ghulam Rabbani, for minority affairs and madrassa education. In her previous term, Didi handled this portfolio herself, assisted by a junior minister.

North Bengal, comprising North Dinajpur, South Dinajpur, Cooch Behar, Jalpaiguri and Malda districts, is represented in the cabinet by as many as five ministers. The aim is to give a tough competition to the seven BJP MPs in this region. In 2019, the TMC drew a blank in the eight Lok Sabha seats of North Bengal, which cover some 54 assembly seats. This time, the party has made some headway, winning 16 assembly seats. The remaining 38 went to the BJP.

One of the reasons behind the BJP’s waning popularity in North Bengal may be the public perception that the party’s MPs have a lackadaisical attitude. That Nisith Pramanik, the BJP’s Coochbehar MP who was made to contest the assembly election from Dinhata, won the seat by a margin of just 50-odd votes shows the scale of public dissatisfaction. BJP MPs Locket Chatterjee, Swapan Dasgupta and Babul Supriyo also got a drubbing.

While Mamata has picked 15 new faces in her cabinet, she continues to rely heavily on TMC veterans to handle most of the key portfolios. Former finance minister Amit Mitra, who did not contest the assembly election due to ill health, has been brought back to handle the state’s finances—a key responsibility in these times of the pandemic. Mitra, though, has been relieved of the commerce and industry department, which he held in the first two terms along with finance.

The likes of Partha Chatterjee, Subrata Mukherjee, Firhad Hakim, Shashi Panja and Chandrima Bhattacharya have been allotted key portfolios. Chatterjee, who was education minister in the previous term, has been given charge of industry, commerce and enterprise; IT and electronics; and parliamentary affairs. Mukherjee continues to hold the panchayat and rural development portfolio along with the additional charge of public enterprises and industrial reconstruction. Hakim is the minister for transport and housing while Bhattacharya will handle urban development and municipal affairs. Panja retains women and child development and social welfare.

Allegations of corruption have prompted some pruning as well. The foods and supplies portfolio was taken away from Jyotipriyo Mullick over alleged corruption in food distribution during the previous term. The public works department, earlier with Arup Biswas, has gone to Moloy Ghatak. Insiders say Mamata was annoyed with Biswas over reports of deep-seated corruption in the department. Manturam Pakhira lost the Sundarbans affairs department to Mamata loyalist Bankim Hazra, who belongs to Sagar Island, the southernmost tip of Bengal. The reason for this shuffle is allegations of nepotism in Cyclone Amphan relief.

Some portfolio allocations have raised eyebrows, such as that of TMC veteran Sovondeb Chattopadhyay and controversial leader Becharam Manna. Chattopadhyay, known for his big footprint in trade union politics, has been given charge of agriculture while Manna, a farmer turned politician, has got the labour department.

Mamata has made it clear that ministers will need to vet all major decisions taken by their departments. Two committees have been formed—a core committee on industries with Mamata as the head and another under the chief secretary to take policy decisions and review development work. Didi appears more eager than ever to ensure a new chapter in Bengal’s development.

Some of the prominent new faces in Mamata Banerjee’s cabinet

“I will go door to door, as promised, and cover all 334 booths in my constituency within a year”

“As a minister, I shall remain responsible and duty-bound. Law and order was my forte, but this (technical education) could pose new challenges.”

Jyotsna Mandi (MLA from Ranibandh) – MoS for food and supplies

“Women voted for a woman who empowered them. They queued up since early morning, without doing cooking or household chores, to vote for Mamata Banerjee.”

“I am a huge fan of Didi and know her as a warm person since my KKR (Kolkata Knight Riders) days.”

“In a Congress stronghold, people accepted me and my party, rewriting Malda’s political script.” 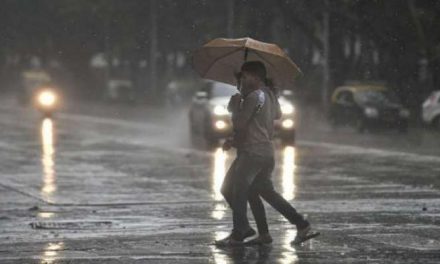 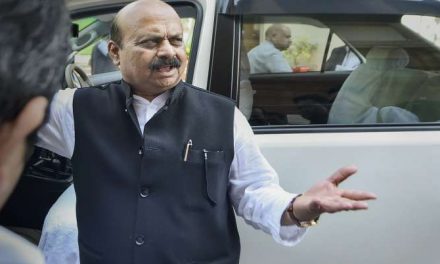