Prime Minister Narendra Modi has not taken a day off from work in seven years and similarly Uttar Pradesh Chief Minister Yogi Adityanath also took no holiday in the last four-and-a-half years and spent time in public service, state’s Deputy Chief Minister Dinesh Sharma said on Sunday. Sharma, who was addressing a ’prabuddh sammelan’ (meeting of intellectuals) in Greater Noida, also said his Bharatiya Janata Party (BJP) does not discriminate people on the basis of religion and believes in taking together every section of society.

”Prime Minister Narendra Modi did not take a day’s leave during his tenure of seven years and all his time has been spent in the service of the public. Similarly, Chief Minister Yogi Adityanath also did not take a day off and this is the reason that the country and the state are moving on development path,” Sharma said, according to an official statement. He said a ”true patriot is one who works not for himself but for the society” and ”such a person is capable of bringing about a change”. Sharma’s programme date coincided with a separate public outreach event held by BJP’s Uttar Pradesh vice president Arvind Kumar Sharma at some distance in Noida.

Flanked by Jewar Noida MLA Dhirendra Singh and Dadri MLA Tejpal Nagar, the deputy chief minister also attended a programme organised by a teachers’ group in Greater Noida, after he reached the venue from Delhi with brief meetings with party office-bearers on the way. ”The Bharatiya Janata Party (BJP) does not discriminate in the name of caste and sect. In the last four-and-a-half years, all the schemes run by the government have been implemented for every section and people got benefited,” he said.

”The BJP does not discriminate between Hindus and Muslims, that is why during the tenure of this government (in UP), there was no Hindu Muslim riot at a single place,” he was quoted as saying in the statement. Earlier in the day, Sharma, a member of the Legislative Council (MLC), took to Twitter and said education, teachers and students are a priority section for the BJP-led government.

”Participated in the ’prabuddh sammellan’ organised by the BJP in Gautam Buddh University in Gautam Buddh Nagar. The BJP is a party that believes in taking along every section of the society. The party first has earlier held meetings with farmers, then the OBC group and now with the ’prabuddh’ section of the society,” he said in another tweet in Hindi. Prior to the Greater Noida visit, Sharma met some BJP leaders, including Gautam Buddh Nagar MP Mahesh Sharma, at the UP Sadan in Delhi, where he would be staying on Sunday night. 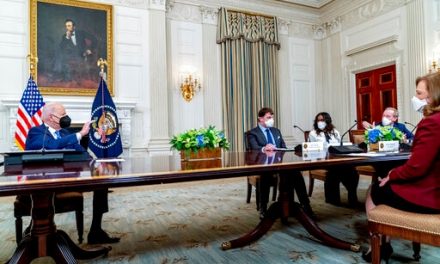